We have 348 guests and no members online

The full biographies of the above individuals are available to read on this website.

The next HoF board meeting will be on April 8, 2020 at Buddies Restaurant located at 2040 Aurelius Rd., Holt, Mi. The meeting starts at 6:45 PM and the public is welcome to attend and observe. 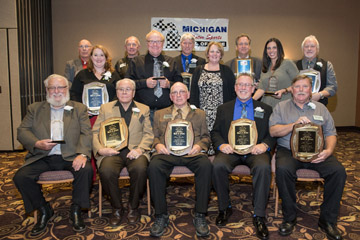